Brands that Deceive will Ultimately Lose

False advertising is not new. But now, more than ever, it is time for brands to clean up their act and show some respect to their consumers. Truth and transparency are foundations of strong brands in today’s world.

Having grown up in South Africa, I am addicted to Rooibos tea, a naturally caffeine free tea that grows exclusively in a few small regions in South Africa. When I first moved to the US 15 years ago, rooibos tea was no where to be found in stores. Fortunately that has changed over the years as tea has become more in vogue and many established brands like Bigelow and Lipton have expanded their range to include rooibos and other tea varieties.

I recently stumbled across a new brand of tea at Whole Foods called “Teapigs”. I was attracted to its unusual earthy, eco-friendly packaging and was excited to see that they had an “Organic Rooibos” in the range.  Despite the hefty price tag of $9.99 for a box of 15 tea bags, I bought it. Imagine my dismay when I read the copy on the back of the package as my first cup was brewing, only to discover that the tea was in fact 70% honeybush tea and only 30% rooibos. I felt duped. If I wanted honeybush tea, I would have bought honeybush tea. I couldn’t help feeling that Teapigs had deliberately deceived me. Why would they do that? Is it because honeybush tea is cheaper than rooibos and by “cutting” the rooibos with honeybush, they can make the product more profitable? Is it because rooibos is in vogue but honeybush isn’t? Whatever their reasons, I was annoyed. So I sent an email to Teapigs – I have yet to hear back from them.

In the meantime I did a little online research about the brand and the company and discovered that they are not entirely honest about their origins and ownership either. They portray themselves as a wholesome start-up by two people who had previously worked together at Tetley Tea. They left Tetley and founded their own tea company, Teapigs in 2006 and have since then grown to a team of 14. A nice little success story, right? As it turns out, they are in fact owned by Tata Tea which owns Tetley – not exactly a small boutique start-up! So now they are two for two in terms of deception. Why would I ever buy another Teapigs product?

As a branding strategist and marketer, I understand their brand positioning strategy…it even worked on me! But there is no reason to be deceptive. They could just as easily disclose on their packaging and website that they are a subsidiary of Tetley Tea and they could have labeled their rooibos tea “Organic Rooibos Blend”. I’m sure I would still have bought the package of tea but my expectations would have been different and I would not be so disappointed in their lack of transparency. 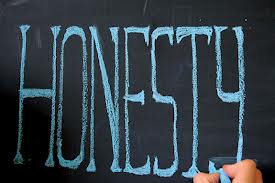 In today’s world, consumers want authenticity, transparency and honesty. In the last few years, consumers have been exposed to much deception from political leaders, corporations, financial institutions and religious leaders, all of which has made us wary and skeptical. Brands that embrace transparency will, in the long run, prevail over those that continue to hide or bend the truth. Now the question is, can Teapigs redeem themselves? With some mea culpa and great customer service I think so. Teapigs, we’re waiting.